or 6 weekly interest-free payments from £3.66 with

GeekVape P Sub Ohm Tank is the latest addition to the sub ohm tank collection from GeekVape. So what does the P actually stand for and what makes this tank different? The P subsequently is for Poseiton! An advanced innovation based on the original Zeus Tank that we all love due its flavour boosting capabilities. This tank is certainly something different from what has been released before hence we have decided to stock it and be one of the first in the UK again! 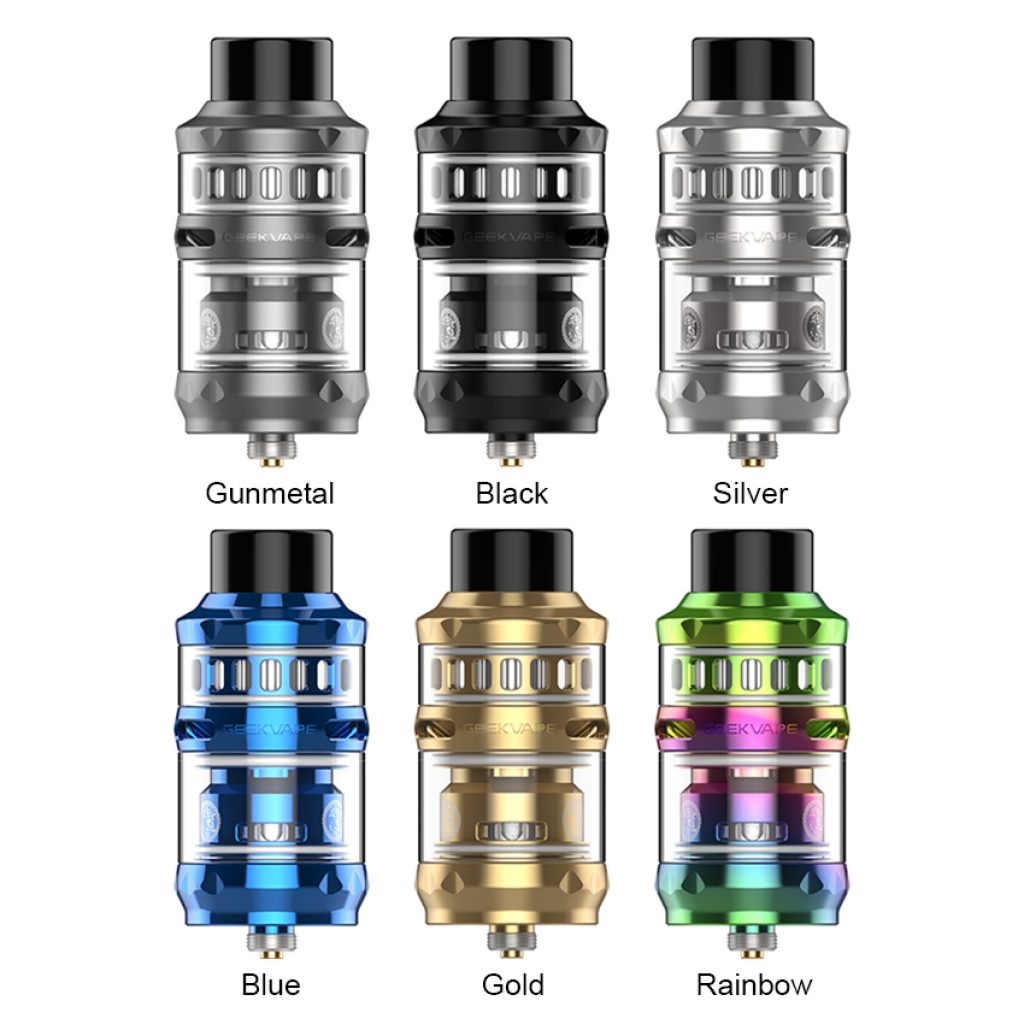 The beauty about this tank is that it features a new middle airflow system that is leakproof. In addition to this the air flow control has a three way system to allow the user to have more control this results in a more precise airflow control!

The GeekVape P tank also has a dual layer liquid chamber with a shock proof glass tube and is compatible with the Z Series Coils. To add this is an easy top refill tank.

As one of the leading vape brands worldwide, Geekvape and constantly pushing the bar on innovation with its impressive kits, mods, other pieces of high-quality vape equipment. Established in 2015 and based in Shenzhen, China, GeekVape is dedicated to producing superior vape hardware for vapers everywhere. Proponents of the highly popular Aegis series, including the world-famous Aegis Legend and Aegis Boost, some of the most sought-after vape kits in the world of vaping and e-cigarettes today, Geekvape have solidified themselves as a household name when it comes to vaping. Having recently entered the beginner market with their easy-to-use starter kits, Geekvape products are not just a viable option, but the perfect choice for both beginners and new vapers alike.

Added to wishlistRemoved from wishlist 6
Sale!
All Products

★★★★★
£39.99
Select options
Added to wishlistRemoved from wishlist 13
Sale!
All Products

£8.99
Select options
Added to wishlistRemoved from wishlist 3
- 31%
All Products

£8.99
Add to basket
Added to wishlistRemoved from wishlist 4
Best Seller
All Products

£6.99
Select options
Added to wishlistRemoved from wishlist 3
- 50%
All Products

Royal Mail are striking on 30/09 and 01/10. There will be no collections or deliveries on these days. DPD are operating as usual 🙏🏼 Dismiss