or 6 weekly interest-free payments from £4.33 with

Hellvape Dead Rabbit M RTA is the release from the DIY professionals at Hellvape and Vapers Brazil. Designed with flavour and ease at the heart of its conception, be prepared for some fun, creativity and most importantly flavour.

Explore the new heights of pure flavour with the Hellvape Dead Rabbit M RTA. A collaborative project between Hellvape and Vapers Brazil, the goal of which is to bring you unparalleled flavour. It features a 25mm diameter diameter length, constructed from 304 Stainless Steel, a top-filling system, adjustable airflow, and a build deck that accepts mesh coils or even a single traditional coil. This provides the vaper with choice ultimately which is always a plus side of any atomiser.

Coils are secured via the side Phillip’s (positive) screws with the included coiling rod / screw driver. Refill your e-liquid quickly and conveniently with a simple top fill system, offering XL capacity with the included straight glass or even bigger with the spare bubble glass tube. 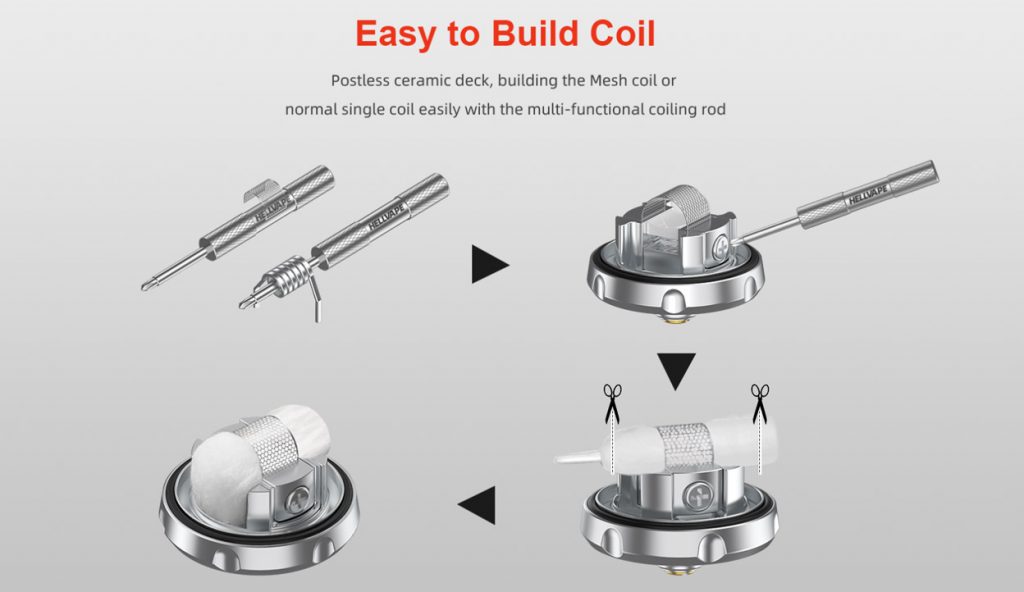 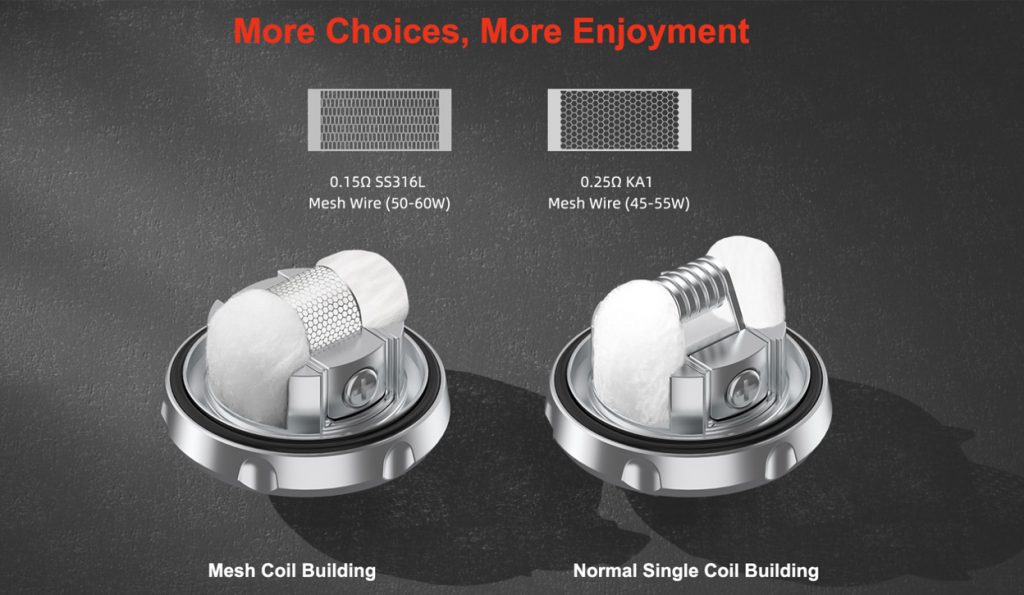 What coils can I use with the Hellvape Dead Rabbit M RTA?

This RTA is versatile it can accommodate both the mesh wire coil and standard coils as illustrated above. There is a mesh wire option dedicated specifically for this RTA and if you are looking for standard coils then we recommend the Wotofo Pre-Made Coils or the Vandy Vape Performance Coils.

What cotton shall I use with the Hellvape Dead Rabbit M RTA?

At LOV we recommend using the specifically designed shoelace cotton for this awesome RTA. Yes, you can use other cottons if you wish but when there is something already made for this why go anywhere else..?

Are there any reviews available on this RTA before I commit to a purchase?

Yes, there are tonnes of reviews available online. We have highlighted our friends over at VersedVaper who give this RTA the lowdown. In fact, they have gone as far to say this is the best mesh RTA on the market!

What other items are available in the Dead Rabbit Range?

Hellvape have produced some fantastic atomisers recently and in the past. Below are a handful of the ones we feel have made a real impact in the vaping community for both cloud chasing and sublime flavour machines!

Added to wishlistRemoved from wishlist 2
- 50%
All Products

£9.99
Add to basket
Added to wishlistRemoved from wishlist 1
- 31%
All Products

£8.99
Add to basket
Added to wishlistRemoved from wishlist 3
- 31%
All Products

★★★★★
£8.99
Add to basket
Added to wishlistRemoved from wishlist 5
Best Seller
All Products

★★★★★
£8.99
Select options
Added to wishlistRemoved from wishlist 5
Sale!
All Products

£9.99
Select options
Added to wishlistRemoved from wishlist 0
All Products

Royal Mail are striking on 30/09 and 01/10. There will be no collections or deliveries on these days. DPD are operating as usual 🙏🏼 Dismiss