or 6 weekly interest-free payments from £4.41 with

Yachtvape Eclipse Dual RTA is the big brother of the original Eclipse RTA! A RTA that has been developed into something special this time with a dual deck setup although it can still be used as a single deck setup dependent on your vaping style. Once again a collaboration with Mike Vapes, a man that we love at LOV as he says it as it is! 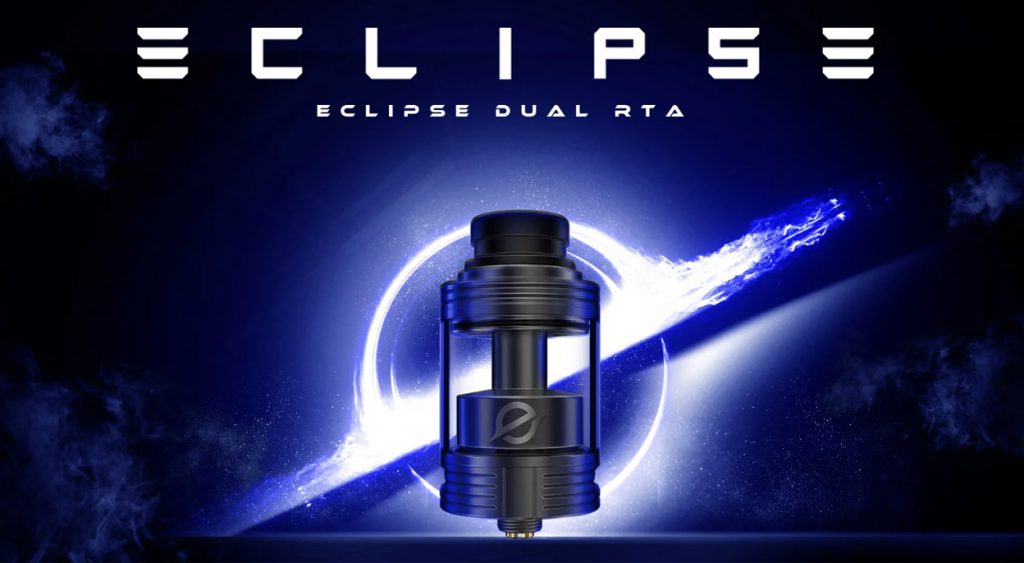 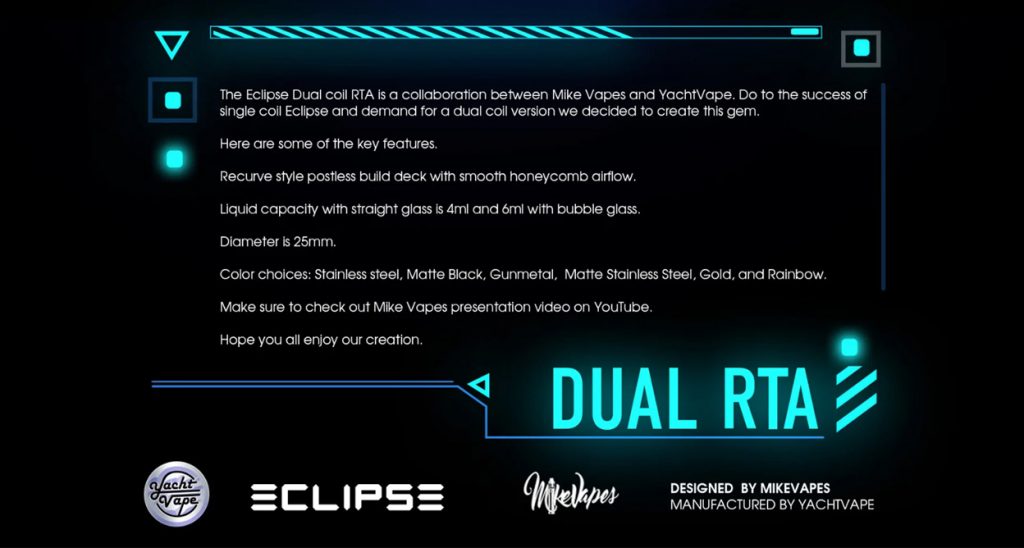 Holding up to XL amount of e-liquid within supplied the bubble glass, the Eclipse DUAL RTA can be refilled from the quarter turn top fill system, revealing two large fill ports. In addition, the post-less build deck features coil airflow from the bottom and side, allowing up to 2 coils to be installed. 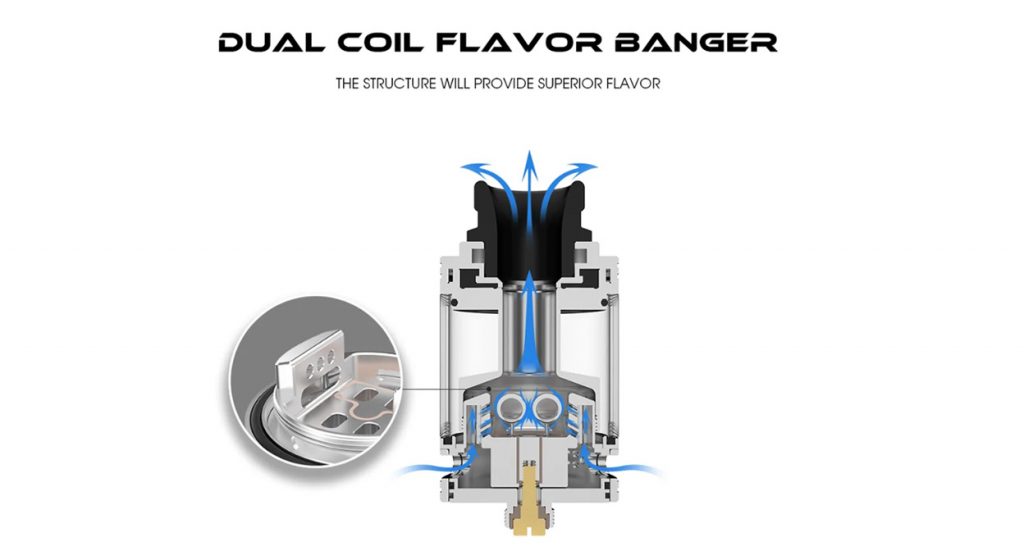 What colours are available in the Yachtvape Eclipse Dual RTA?

This beast of an RTA is available in 6 colours. These are as follows:

What coils should I purchase with this RTA?

We have a large selection of pre-built coils. The choice is influenced by the wattage that you prefer to vape at for example if you prefer higher wattage then a lower resistance coil will be suitable and vice versa. Personally we love the Wotofo Pre-built Coils as well as the Vandy Vape Performance Coils.

Are there any reviews available on the Eclipse Dual RTA?

There are a paradise of reviews available online. We have pointed out EcigClick so check them out to see what the hype is all about!

What does the deck look like for the Yachtvape Eclipse Dual RTA?

As mentioned previously, you have the flexibility of using it as both a singe coil or dual coil RTA. The deck is illustrated below: 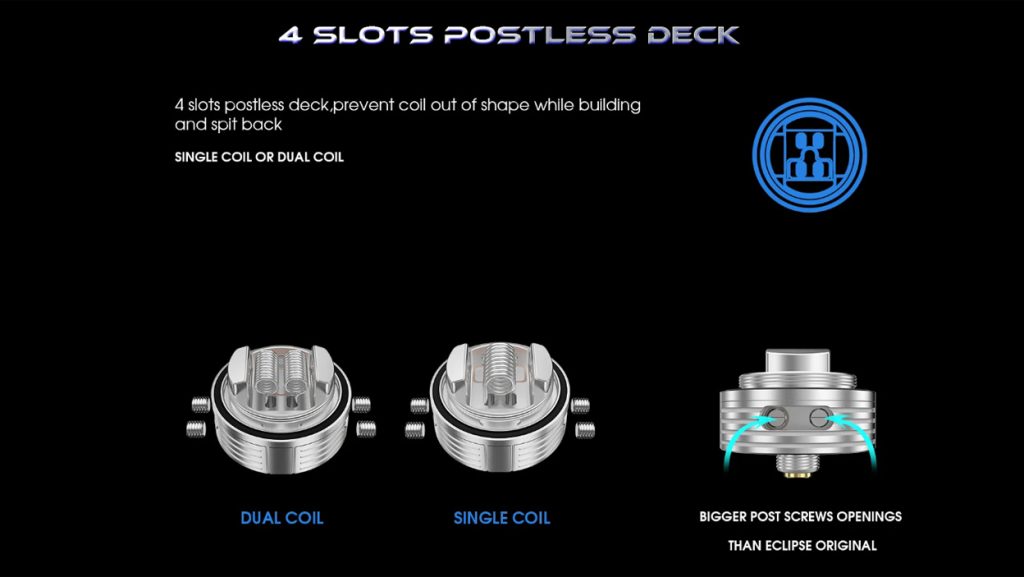 £8.99
Select options
Added to wishlistRemoved from wishlist 1
- 20%
All Products

£9.99
Add to basket
Added to wishlistRemoved from wishlist 9
Best Seller
All Products

£4.99
Select options
Added to wishlistRemoved from wishlist 0
- 31%
All Products

£8.99
Add to basket
Added to wishlistRemoved from wishlist 4
- 31%
All Products