or 6 weekly interest-free payments from £4.16 with

OXVA Arbiter Solo RTA is a leakproof top-to-bottom & a side airflow (3D) RTA that features a unique dual airflow system. Just turn the top ring to switch between MTL and RDL. The most efficient use of inner space, the smallest chamber, bottom MTL airflow, and the 3D RDL airflow combined together to ensure the best flavour experience in both MTL and RDL vaping.

The main function of the Arbiter Solo RTA is the airflow system. It is worth noting that there is a switch on the top cover, with the help of the rotating switch to set the fastening type. Just turn the top ring to switch between MTL and RDL. Turn left to close the side airflow and you would get a perfect MTL; Turn right and you would get an RDL RTA.

The air hole is high, so the tank has a mature anti-leakage structure. After setting the airflow, there will be two options to make the airflow into the coil – only bottom airflow is most suitable for MTL ideally, and 3D airflow is most suitable for RDL. In addition, for the bottom airflow, three holes with a diameter of 1 mm are used below the coil, and for the side airflow, two other holes with a diameter of 3 mm are added to the deck. Depending on the type of tightening selected, air intake through a hole with a diameter of 0.8/1.0/1.2/1.5/1.8 mm in the upper part of the RTA and a wide hole. 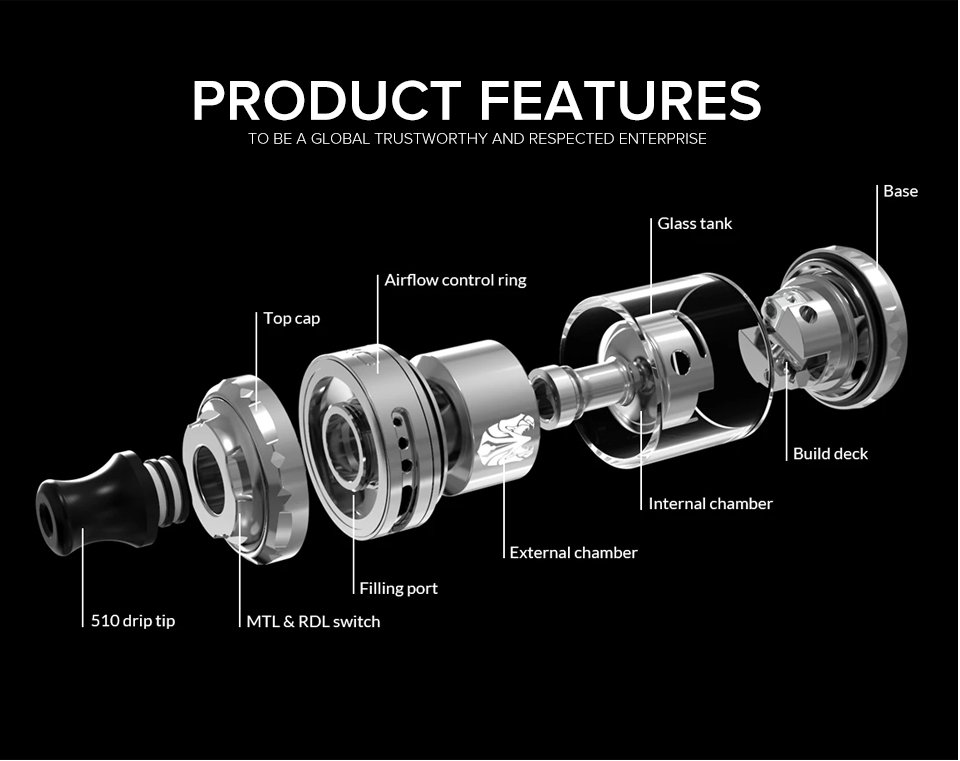 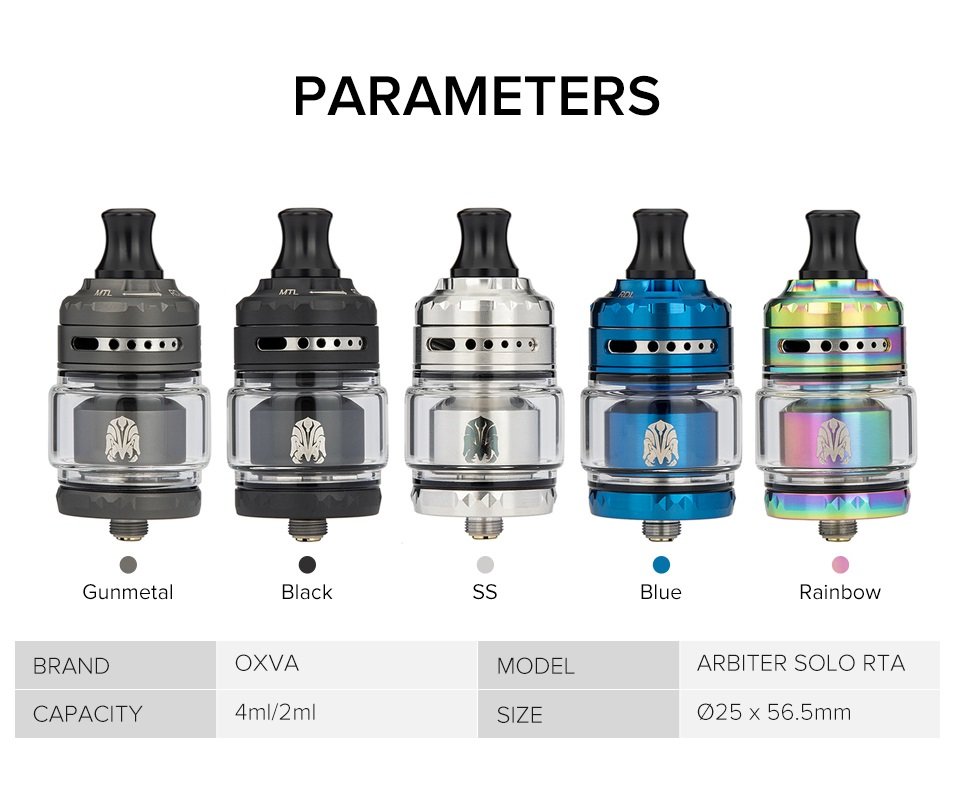 Are you looking for some pre made coils to use for your build in the OXVA Arbiter Solo RTA then click here!

Since it was founded in 2019, OXVA has gone from strength to strength. Its founder Justin Lai designed the world's most popular box mod and rebuildable tank which has sold over 10 million pieces. OXVA emphasises innovation and high quality design for form and function in all its vape products. They choose the highest quality materials and prioritise innovative solutions to provide you with the best possible vaping experience. Based in Shenzhen, China, OXVA was voted one of the best up and coming vape brand in the 2020 Vapouround Awards.

Added to wishlistRemoved from wishlist 3
Best Seller
All Products

£6.99
Select options
Added to wishlistRemoved from wishlist 3
- 31%
All Products

£8.99
Add to basket
Added to wishlistRemoved from wishlist 4
- 31%
All Products

£9.99
Add to basket
Added to wishlistRemoved from wishlist 0
- 40%
All Products

£8.99
Add to basket
Added to wishlistRemoved from wishlist 1
- 20%
All Products